Home » Pet Blog » How Many Toes Does A Dog Have?

How Many Toes Does A Dog Have? 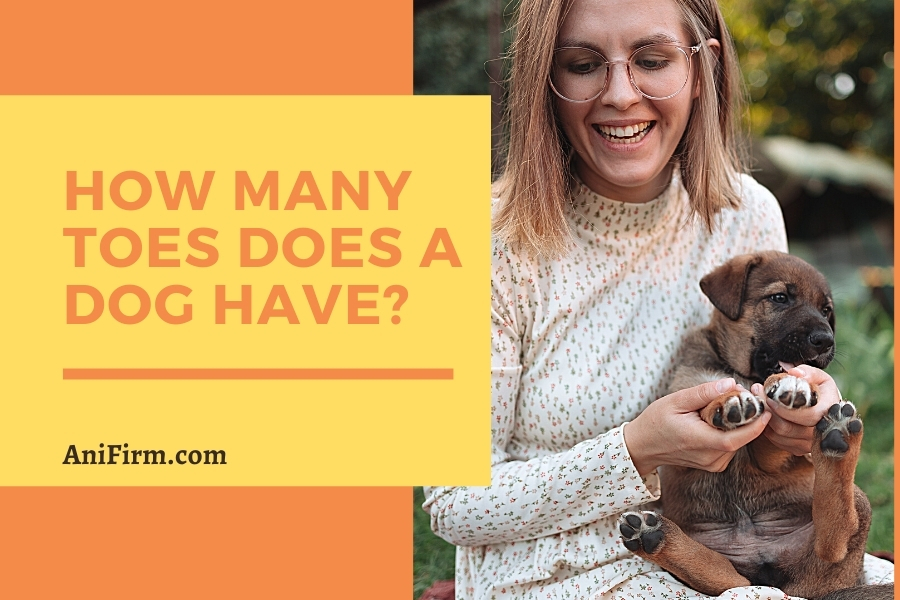 Have you ever noticed; how many toes does your pet dog has? If you have ever paid attention to your pet’s paws, you would have seen four toes on each leg which makes a total of 16 toes. Maybe your doggy has 18 toes or more than this, it all depends on which breed your canine belongs to? Some breeds have an extra toe known as dewclaw.

Dewclaws are the big toes that look like our thumb and are located farther from the other four toes. These can be found on both the front and the rear paws and helps your tyke to grip to ground or any other surfaces. Now, do all dogs have dewclaws? There are specific breeds that contain these dewclaws. Some of them are :

The Briard is a French breed of large shepherd dog, and its first public appearance was at a Paris dog show in 1863. Initially, the Briard was used to herd and protect the sheep.

Catalan Sheepdog is an average-sized dog from Spain, and like Briard, they were also used to herd and protect the sheep in the Pyrenean mountain range located between France and Spain.

The Anatolian shepherd dog is a Turkish breed and was in charge of watching over a flock and protecting those animals from predators who cannot fight on their own. Even today, he is kept for the same work.

Saint Bernard emerges from the Western Alps in Italy and Switzerland. They were kept for rescuing by the hospice in the mountain areas.

Estrela Mountain Dog is a breed from the Estrela Mountains of Portugal with a life span of over ten years. This breed comes in both long and short hair and has the texture of goat hair, mainly used to protect herds and homesteads.

American Pitbull Terrier is a strong and large breed with a big chest and is a family dog. Initially, they were used as farm dogs but later moved into the house to become home dogs because they were very kind around children.

Can Dewclaws Be Removed?

See, if removal is done by a vet, it’s absolutely safe for your dog. Before going for the removal, make sure how the dewclaw is attached to your tyke’s body. If it is attached to a loose layer of skin, then it won’t create any problem for your tyke. If you don’t have any idea, consult your vet before taking any step. Moreover, keep the length of the nail in mind because, unlike the rest of the nails, which grow in the opposite direction, dewclaw nails grow alongside your dog’s leg and start to poke into the skin. If you love your dog, cut his nails regularly to save him from the injuries that case poses a severe threat in the distant future.