Home » Pet Blog » Are Police Dogs Friendly on Duty and Off Duty?

Are Police Dogs Friendly on Duty and Off Duty? 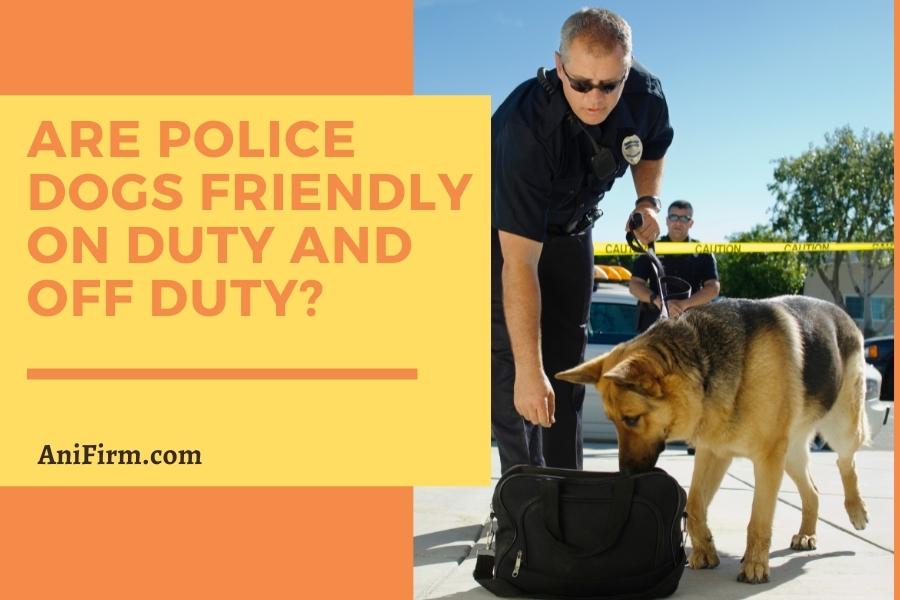 The on-duty police dogs are strict and do not listen to commands given by others who are not their master. During duty, they are attentive, and the distractions in their surroundings do not create any difference for them. To know more about the behavior of police dogs off-duty and on-duty, do read out till the last and grab all the information. Let’s get started!

Do police dogs know what exactly they are doing on duty?

Police dogs are among the most attentive dogs. Not only the police dogs any working dog you have is attentive, and they are aware of what they are doing. When they are on duty, they consider their master’s command and job their priority, and other things then hit their list.

And when they are off duty, they behave like other friendly dogs and adjust to their surroundings. At home, they love to play, cuddle, enjoy their favorite meals, and so on.

Do police dogs chill out when off-duty?

Dogs adapt the behavior suitable as per their surroundings. When they are off duty, you see they are chilling around and not being aggressive. They love to be part of fetch and play games and other activities in which you engage with them.

Note: If you are familiar with the dog, then only move ahead and try out such things with them. But if you are a stranger to the police dog you are approaching, do not try this at all. This is because dogs might get aggressive in a while, and controlling them at this point is difficult.

Are police dogs dangerous to strangers?

As we have already discussed, police dogs can be friendly when they are off-duty. But do not consider this a universal statement because if you are a stranger to the police dog, it takes a while for them to be friendly towards you. Also, treat a police dog with respect and care. If the dog recognizes your intent to come close as malicious, then it might hurt you. If such a situation happens, you will be the only one responsible for the same.