Home » Pet Blog » Why Do Dogs Roll on Dead Worms and Bugs in The Grass?

Why Do Dogs Roll on Dead Worms and Bugs in The Grass? 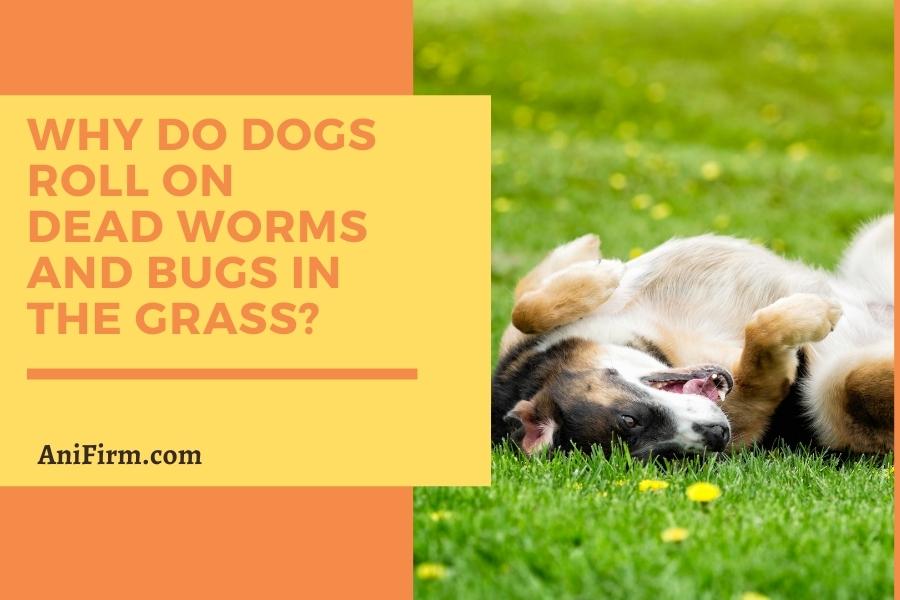 Dogs have the habit of roaming and rolling here and there. But one of the most problematic situations is when they roll on dead worms and bugs. You probably feel furious because your dog has done so, and now you are curious to know its real cause.

Sometimes our pet dogs sense fear, they roll over the dead worms and bugs in the grass to hide their scent. However, this behavior could lead to skin allergies and other issues.

Let’s learn why dogs like to roll in dead creatures and dirt.

Why do dogs roll on dead worms and bugs in the grass?

Dogs roll on the dead worms and bugs on the grass to mask their scent. But, in addition to this, here are some other reasons behind this behavior of dogs:

They liked the smell

Dogs have the best sensory organs, and these sensory organs help them distinguish between good and bad smells. There is a possibility that your dog likes the smell of dead bugs and worms.

Pointing to their findings

Dogs do get happy when you give a little attention to them. Similarly, they are rolling over the dead bugs and worms to grab your attention and let you know about the things they found.

Note: These are the most common reasons for such behavior, but keep in mind that sometimes they are not feeling well, which is why they act out. You notice them nibbling on things, rolling on the floor, rolling on dead worms, etc. In such a case, you need to observe your dog and understand what is actually happening with him.

if you notice your dog rolling on dead worms and bugs on the ground, then you can take the following steps to prevent this behavior:

Also read: How to remove grass stains from your dog’s fur?

Is there any way to stop dogs from rolling over the dead worms and bugs?

It is essential to understand that this is a natural behavior of dogs, and to fix it, you need to put a lot of effort. In general, there are three solutions available to stop such behavior, and these are as follows:

Stop going to such surroundings

Firstly, you need to be sure about the surroundings where you are going with your dog. If you keep going in such surroundings, they will become habitual and try to repeat such things. However, you can take them to some cemented areas where the chances of such findings are negligible.

Training is an important part. Until and unless you are not training your dog for new things, they will not be able to understand it. Thus, whenever it is about teaching new things to dogs, be sure to incorporate such habits into them. Being aggressive in the training session will not help, so stay calm and composed to deal with such things.

Engage in some other activities

Last but not least, when you see your canine go to such surroundings where there are chances, they will get engaged with dead bugs and worms, engage in some other activities with them. This will distract them and will not cause any trouble to you too.

Dogs have a rare habit of rolling on dead worms and bugs. But do know they do so to hide their scent or mark their territory. It may appear to be annoying to you for a while, but you have to stop your dog from doing so. If they are in the same state for a longer duration, they are more likely to get infected by skin allergies and other problems. If you notice any skin allergies, reach the vet right away!