Home » Pet Blog » Do Dogs Get Tired Of Barking

Do Dogs Get Tired Of Barking 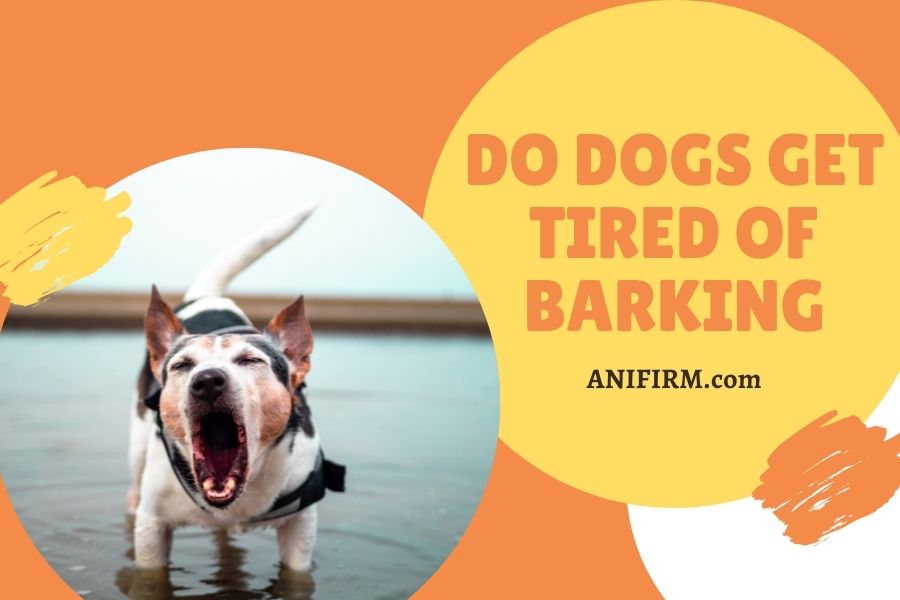 Well, dogs never get tired of barking. For them, it is also the way to communicate. Basically, it is their self-reinforcing behavior that tends them to bark more. Numerous reasons are there which contribute to the continuous barking of dogs. But majorly, it focuses on fear, something the environment or they want something. With every dog, the reason behind barking is different.

Why Do Dogs Bark?

A dog barks due to plenty of reasons but does understand that there is always a reason. They never bark to hear themselves but bark to let others listen to them. Some common reasons are as follows

And some other reasons are also there which let them bark continuously. Apart from some problems, barking is also for communication. Through it, they will be able to convey what they are up to.

Do Dogs Get Tired Of Barking?

A dog learns a lot of things in its life but never follows the same until and unless you reward them. For example, if you are telling your dog to run, it is not in their behavior. But if you are saying “Max run,” and in return, you reward them, they will definitely follow the same command from next time, and it will be added to their rewarding behavior.

But if we focus on self-reinforcing, reward has nothing to do with it. It is naturally integrated into their behavior, and they will behave accordingly only. Some common reinforcing behavior includes chewing, barking, and chasing.

In simple words, these are genetically gratifying and rewarding for them. This lets them repeat the same again. So yes, it is right to conclude that your dog will never stop barking no matter how much you have trained them. If you are someone who has tried it, but nothing works, we suggest you stop immediately as you cannot control it.

Barking is a self-reinforcing behavior of dogs that lets them bark more in particular situations. Dogs never get tired of barking because it is a way for communication too, and also lets people know about some disturbing things in their surroundings. It depicts their feelings, fear, mood, and attention.